Sister Act for me was an opportunity for us as a school to be very proud. Being the Head of a school like the Dixie is a real privilege, one I do my best not to take for granted, and several parents after the show came up to me and said, “Mr Lynn, you must be so proud”. They were right – I was and I am. Sister Act made me laugh and cry in equal measure. I enjoyed the buzz backstage beforehand, the stunningly polished performances and even enjoyed the post show blues last Monday – they were evidence that we had all experienced something magical. Sister Act was a hugely ambitious show, but it was brilliantly performed and very well supported by parents and friends of the school. In a school the size of the Dixie, musicals become a whole school endeavour and do a great deal to enhance the sense of community. The Sixth Formers and senior pupils in particular showed remarkable maturity in supporting younger cast members – choreographing dance routines with them and showing real leadership in the run up to the show and through the many weeks’ preparation. I know that the cast, crew, make up artists, tech team, those backstage in charge of props and all involved with Sister Act will remember it for a very, very long time to come.

Pictures with grateful thanks to Mr and Mrs Mackley 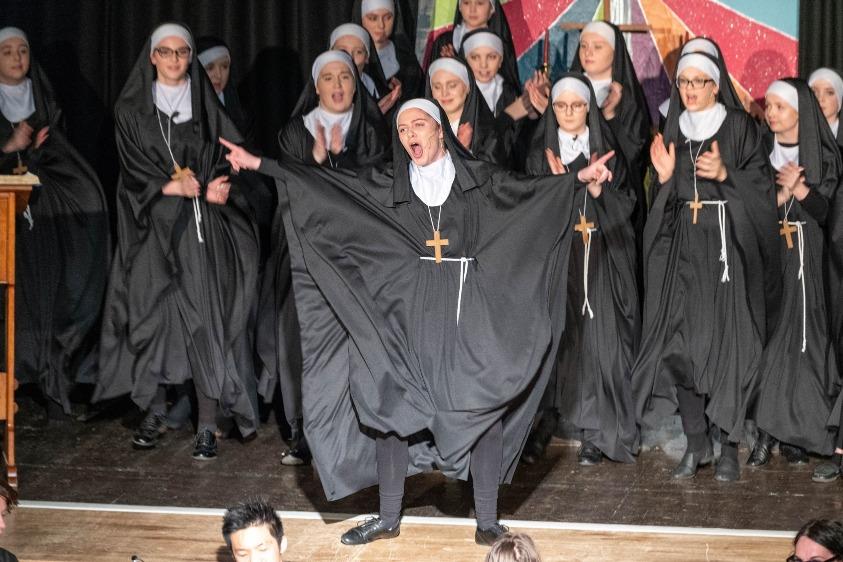