Languages at the Dixie
^

Languages at the Dixie

Only 38% of boys learn foreign language at GCSE

When reading this article, it is easy to rebut quickly with examples of male Dixie students whose success in languages flies in the face of the picture it paints. We can point to former Head Boy, Ed Platts, who went on to study Mandarin at Oxford, historian and linguist Daniel Jerham, who combined both talents to go on to further study at Tübingen university in Germany and current Year 11 student Ryan Smith taking French, German and Mandarin at GCSE and on course for top grades in all three. And there are, of course, many more examples of excellence to pick from.
We are also proud of the fact that a European language is part of our core curriculum at Dixie and that studying multiple foreign languages at GCSE is common, so in fact boys are studying on average 1.3 languages at GCSE across our current Year 10 and Year 11.
Yet at the same time, we know too that languages can be a challenge for some. The boys who find it difficult may also find other subjects a challenge, but this does not mean the problem goes away.

So what to do?

As a school, we do all we can to ensure our students take on a language they can identify with, offering French, German and Mandarin at GCSE.
But we must also all ensure we do everything we can to ensure the value of a second or third language is clear to our students.
We have many clichés to battle here, many of which are engrained in our culture, from getting by abroad by being able to order ‘deux bières’ to assuming all other nations will speak to us in English.
The study of a second or third language is about so much more than getting by on your foreign holidays.
Like all forms of learning, it is a discipline and one which promotes logical thinking, precise communication and an eye for detail and creativity.
All students benefit from this, no matter what their future career plans and we should do all we can to promote this message. More than half the battle is ensuring students know that what they are working for is worth it and everyone has their part to play here. 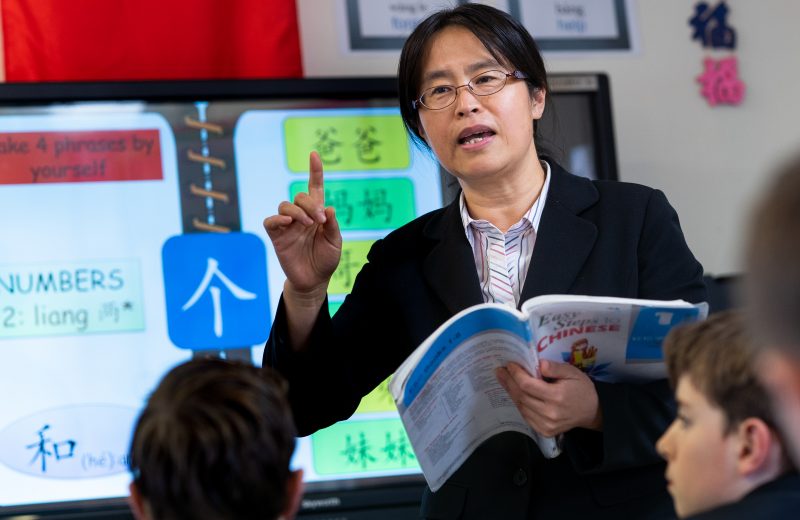