The Year Six Evening with the theme ‘Communication’ was a joint project between the art science and PSHCE departments. The students produced a photo display with the theme of natural form which was expertly organised curated and displayed gallery style by Hannah Bostock, an ex-student now studying photography.

The students also produced interactive exhibits for our “Science Museum” using many of the art department’s 3D sculptures as the centre pieces. These included matching the emotions to the chimpanzee faces using emojis, and labelling the fins on a giant fish. There were various invertebrate stalls including shrimps, spiders and two very large octopuses. There were also plant displays involving the height of the biggest sunflower and naming different flowers and a working Venus flytrap.  We had an indoor beetle hunt in a specially built garden complete with soil and plants. There were skulls and skeletons to identify and label, including a rather tricky warthog and talking of tricks we even had some magic going on in the form of a card trick as part of a display about fooling the senses.

Finally the students presented their ideas for inventions based on biomimicry. These included a jack hammer based on beaver teeth and a shopping trolley with a grabber like an elephant’s trunk for the less able.

What shone through all these activities was not just the student’s novel thinking but their massive enthusiasm and their ability to communicate this to the audience.

I really enjoyed doing my project about sunflowers. My activity (how tall was the tallest sunflower) worked really well. I decided to just measure the children because I couldn’t reach most of the adults! Eleanor.

Our project was on human skeletons. We had lots of games like matching names to a skeleton and guessing games like how many bones in the body and which is the smallest bone. People enjoyed these and found them very interesting. They made really positive comments and it was a fantastic night. Flora.

I really enjoyed doing a project about the giant octopus, it was great fun. I think it was a success as everyone seemed to like my octopus poster and game (guess the size of the giant octopus). Although working on my own meant I had a lot to do, I got an enormous sense of satisfaction at the end. Amaylia

People loved our show of shrimps and prawns and our tricky questions. They learnt a lot. A great effort by the team.  Elliot 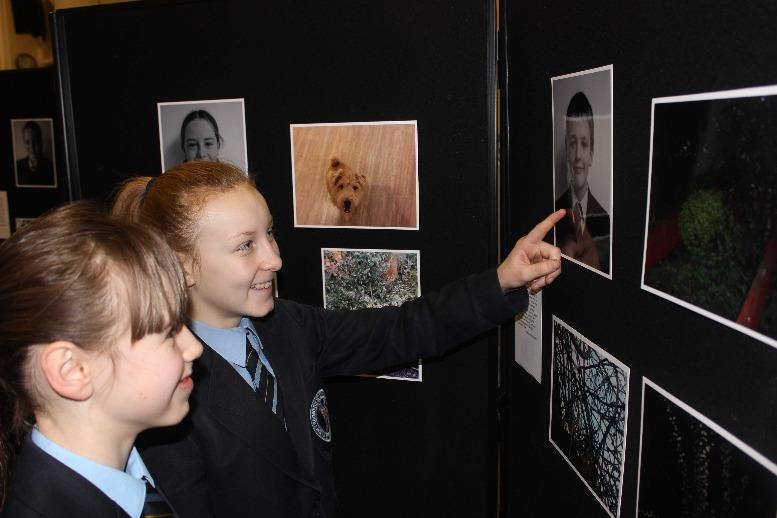