The school’s astronaut training club has just received and planted seeds that have been with Tim Peake, Britain’s astronaut on the International Space Station. The seeds of the salad leaf rocket have been in space for six months and were returned to Earth in March by the former commander of the space station, Scott Kelly an American astronaut. They are part of a large scale experiment being run by the Royal Horticultural Society and the UK Space Agency. 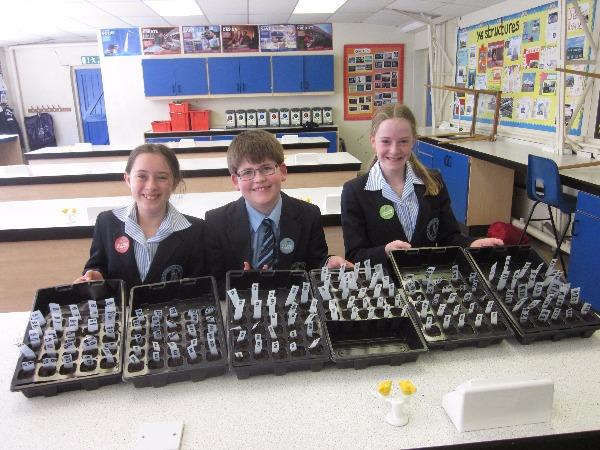 The seeds have been carefully sorted and put into packets which were delivered to selected schools and societies that have signed up for the experiment. Each group has received a packet containing 100 seeds that have been on the space station and another packet containing seeds that have remained on Earth. We do not know which packet is which. The aim is to germinate the two types of seeds and grow the plant to see if there are any differences in the seeds. This will help us learn more about the effects of weightlessness and radiation on seeds in order to develop plant varieties that can be grown on long space missions.

The results from all the different groups will be put into a data base and it will give scientists valuable information, according to Dr Libby Jackson of the UK Space Agency. She has said “Should we ever want to send astronauts back to the Moon or on to Mars they will need fresh food. At the moment astronaut food is freeze dried and not very exciting. We would like to have astronauts growing their own food. It would be healthier, psychologically better for them and it would mean that they would not need to take so much with them”.

Dr Ketchion says that the astronaut trainees have been very keen and buzzing about the entire process. Trainees have already begun to come up with imaginative theories about how the seeds might be affected by being in space such as the plants may not be as nutritious because of the radiation in space. Results should be obtained in five weeks’ time. Whatever we find out it has given everyone a great feeling of taking part in a really important scientific project as well as learning about the process of conducting a scientific investigation. One day one of the trainees may even follow in Tim Peake’s footsteps.