On Monday 13 November, as is tradition, members of the Dixie Sixth Form History group, together with Walter Baynes, a former student and a member of the Dixie Grammar School Association of former pupils, which helps to maintain the grave, laid a wreath on the grave of Herbert Black, who is also a former student of the Dixie. Sergeant Pilot Black, from Ibstock, attended the school in the 1920s and went on to become an RAF pilot with the 226, 32 and 257 Squadrons. His plane was shot down on October 29 1940, during the Battle of Britain and he died 10 days later in Ashford Hospital, Kent, with his wife of five months, Gwen, by his side. He is thought to be the only pilot killed in the Battle of Britain to be buried in Leicestershire. 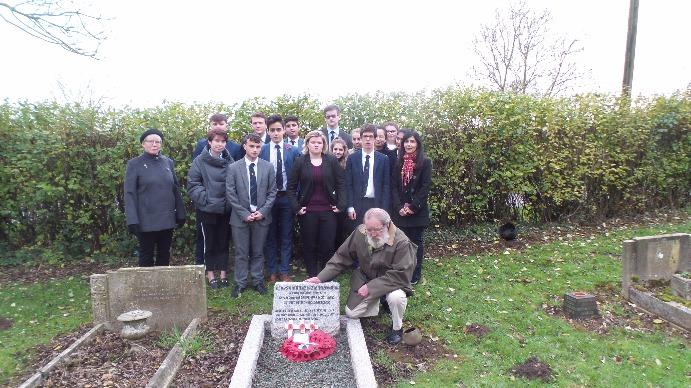