A student at Dixie Grammar School, Market Bosworth, has made it through to the final stage of selection for GB Cycling.Chloe Vinestock, in her first year of the Sixth Form at Dixie, was spotted through the Discover Your Gold scheme. This is run by the English Institute of Sport and tries to find successful athletes in more accessible sports such as athletics and hockey, and see whether their skills are transferable to sports where there is current shortage of new talent.Chloe has already had considerable sporting success through the school, most notably winning gold in the long jump in 2017 and 2018 at the ISA Midlands Athletics Finals.Along with around 2 500 others, Chloe entered the Discover Your Gold scheme online in April with her body measurements, previous sporting achievements and ambitions. 2200 made it through to Phase 1, which consisted of physiological tests, such as a six second peak power test on the bike and a pedal ‘til exhaustion test.Chloe was then amongst the 35 girls selected by British Cycling to attend the Phase 2 testing at the National Cycling Centre in Manchester, where the budding athletes had their first taste of riding on the velodrome. The level of competition was now getting serious and Chloe was delighted to be put through to phase 3, and even more pleased to be one of 17 to be selected for the 3 day camp in Derby, which included a gym and core session, mechanics workshop, and more tests to prove the girls’ coachability and athlete mentality on the track.Chloe has now been informed that she is one of 10 girls to be put through to the ‘Confirmation’ phase. This consists of 6 months of training as a sprint cyclist on the local velodrome, as well as attending monthly camps hosted by British Cycling. This is effectively a probation period, to check that the sport is right for Chloe and that she is right for the sport. The first camp is at the end of October, where she will be presented with her bike and GB kit.Students and staff were delighted to hear of Chloe’s remarkable achievements in assembly and are fully behind her in her quest to represent GB in this exciting sport.Mr Richard Lynn, Headmaster, commented, “One of the best parts of my job is celebrating the wide range of our students’ achievements, both in and out of school. Having seen Chloe’s dedication over the years and having shared in all she has achieved so far, I know she is fully deserving of this amazing opportunity and we all wish her the very best of luck in her pursuit to represent Great Britain.” 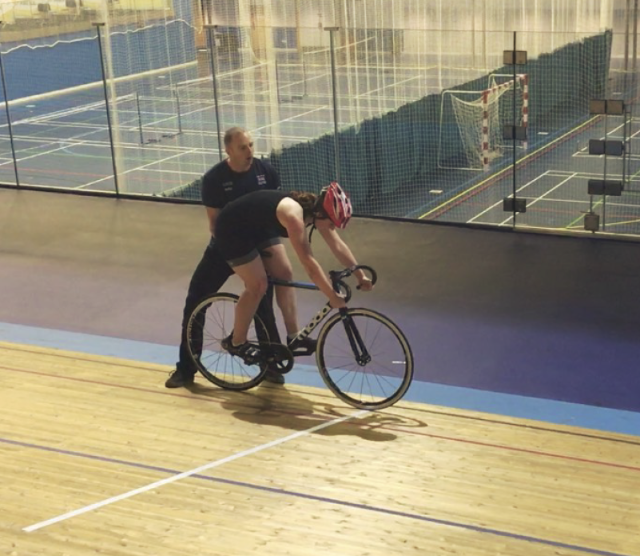