On Wednesday 9th January, Year 6 went to Warner Brothers’ Studios to enjoy ‘The Making of Harry Potter’. We were all given a passport and a wristband and then began the tour by entering The Great Hall which was filled with long tables filled with Christmas dinner, as if they were about to film it. There were beautiful Christmas trees topped with witches, not angels, and Christmas puddings which were set alight! The food looked so good it made us feel hungry! However I don’t think that resin flavoured oranges or concrete puddings would have been the nicest.

We all really enjoyed having our photos taken in front of a green screen, on a broomstick, wearing a cloak. The teachers had a go too! After that most of us had a glass of bubbly Butter Beer in the snow. One of the last sections we visited was ‘The Forbidden Forest’, where we saw an incredible looking Buckbeak, every feather hand sewn and wings that flapped. No-one knew, however, that Aragog, the giant spider, was just around the corner, until it jumped out at us, giving us a heart attack – even the teachers.

Last, but definitely not least, was Platform 9 and 3/4, where you could see a carriage for each film. For the book we had studied, ‘Harry Potter and the Philosopher’s Stone’, the carriage was full of sweets such as Chocolate Frogs and Bertie Bott’s Every Flavoured Beans. This was a brilliant school trip and everyone loved it!Report by Sarah Nobbs 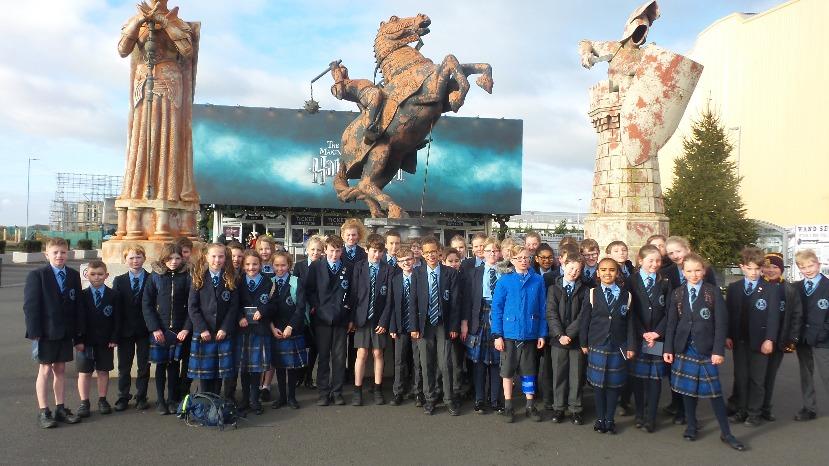