Young riders at the Dixie have qualified for the British Showjumping Just for Schools National Team
Finals. The Dixie Grammar School Equestrian Team has topped the league in the 60cm and 70cm category and
will now compete in the flagship National Finals at Stoneleigh Park in August.

The ‘Just for Schools’ League and Championship are run in conjunction with The Pony Club and British
Riding Clubs, with qualifying competitions running throughout the year. The top teams and individuals from across the country are then invited to take part in the finals.
This achievement forms part of a great run of success for teams at both the Junior and Senior schools, with many of the team qualifying for individual places in the national finals as well as the NSEA regional finals in August and the pop-up dressage championships as well.

The Equestrian Club began three years ago at the Dixie Grammar Junior and Senior Schools with the help of school staff and Mrs Stripp, a highly qualified BHS equestrian coach. The club consists of lunchtime sessions in school for children to learn about horses and outdoor life as well as stables training sessions outside school hours.
Mrs Stripp commented: ‘I am so proud of our super team at the Dixie. Their dedication and commitment has really impressed me and all those they have come into contact with. Our parents have given wonderful support and I am delighted that they have the opportunity to take part in such a prestigious event in August.’ 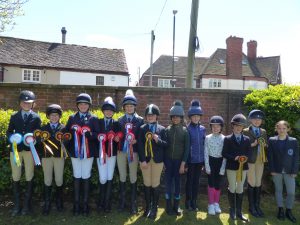 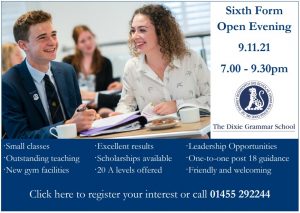