A Tribute to Mr Michael Parker
^

A Tribute to Mr Michael Parker

A Tribute to the Founding Chairman of the Dixie Grammar School, Mr Michael Parker

It was with great sadness that the Dixie Grammar School school received the news that Mr Michael Parker, founding Chairman, passed away on Tuesday 11 January. All thoughts are immediately with his family who will miss him dearly as a much loved brother and also turn to the part he played in establishing the Dixie Grammar School as it re-opened in its current form in 1987.

The determination, ingenuity, enthusiasm and vision of those who re-established the DIxie in 1987 is clear, not least from reading the minutes of early Governor meetings which are stored in my office. As founding Chairman of the school, Michael Parker’s leadership was critical to the success of the Dixie and one part of his legacy is a thriving school which now educates 500 local children. We are and will remain indebted to him.

Jo and I were so very sorry to hear that Michael Parker, founding Chairman of the School and latterly Life President, had passed away.  It is undoubtedly the case that without the commitment and dedication he showed over more than 25 years there would be no Dixie Grammar School today.  In the early 1980s Michael joined with a small group of others to set up a new school in Market Bosworth, building on the traditions of the historic grammar school.  He was the driving force behind the development of the school and it is through his vision and perseverance that the school is the successful institution it is today. The close affinity I felt when speaking with him was reflected not least in the fact that the Headmaster’s desk in my office had once belonged to his father!

He will be sadly missed by all those who knew him, but his name will live on at the Dixie Grammar School, not least in the fact that the Library is named after him; something of which I know he was immensely proud.

Michael’s great gift was his intuitive understanding of the wishes and aspirations of parents when the school was getting established and children had to be recruited if the project was to succeed. There was a good deal of local suspicion to start with and Michael was good at calming worries. Although he was always reluctant to be confrontational, he never compromised on his vision of a school with high academic standards, but with good sport and music; the latter was especially close to his heart. As a headmaster appointed from a well established school in a different part of the country, I especially appreciated his support and insight in one or two unfamiliar situations, and particularly his unswerving backing when difficult decisions had to be made. The school today owes much to the enthusiasm with which Michael threw himself into its foundation and early development. 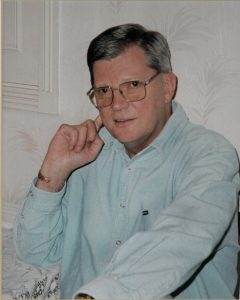